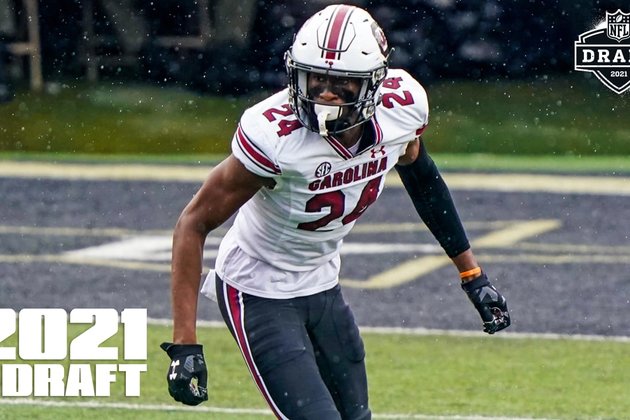 Don't miss any of the action with our daily updates: news, notes and more throughout the Cowboys' regular season. Presented by Sleep Number

11:26 a.m. - Technically, you might argue the Cowboys did not draft a safety last week.

The club probably disagrees with you, though.

Sure, sixth-round pick Israel Mukuamu primarily played cornerback at South Carolina, where he led the Gamecocks in interceptions the last two years. But he does have experience at safety and made one start there last season.

After the draft, Cowboys chief operating officer Stephen Jones said the 6-foot-4, 205-pound Mukuamu will likely start out at safety, not corner.

"I think we've got some safety aspirations for him," Jones said.

3:35 p.m. - No, the Cowboys did not pick up the fifth-year option on Leighton Vander Esch's rookie contract.

But Cowboys chief operating officer Stephen Jones emphasized that they want Vander Esch to stay in Dallas well past the final year of his deal in 2021.

"Our intentions are to keep Leighton around here for the next four or five years," Jones said Monday on 105.3 The Fan. "We've just got obviously some unknowns. Not unlike Sean Lee, Leighton's had some bad luck with injuries that we were able to work through with Sean.

"And then of course not knowing what our cap situation is going to be next year, where the league is going to peg the cap, how all of this is going to work out, we just felt like unfortunately we needed to do this.

"But we ... had a good visit with his agent and they know our intentions are to keep him around.

3:59 p.m. - Upon arriving to The Star in Frisco for his introductory press conference, first-round draft pick Micah Parsons visited with Cowboys defensive coordinator Dan Quinn about plans for the rookie linebacker within the scheme.

There's another potential checklist item for Parsons as he joins the Cowboys: his jersey number.

Parsons hopes to wear his college number, 11, but there's a catch: it currently belongs to three-year veteran receiver Cedrick Wilson.

Parsons was asked Friday where negotiations stand on that front.

"I discussed it, but I didn't talk to Cedrick yet," Parsons said. "If I can't get No. 11, I'm pretty sure we could figure something out."

After a pause, Cowboys owner/general manager Jerry Jones chimed in.

"What negotiation?" he said with a smile.

12:19 a.m. - As soon as the dust settled on the Micah Parsons pick, thoughts turned toward Leighton Vander Esch.

That's natural any time a first-round pick is used on a current starter's position, but especially so in Vander Esch's case. After all, the NFL deadline to exercise his fifth-year option is approaching on Monday.

To hear it from Cowboys officials, though, the decision to draft Parsons has no bearing on Vander Esch's future.

"I don't think it affects it," said chief operating officer Stephen Jones. "We'll make a decision on Leighton - we'll make that decision when the time comes. We've got some discussions to have on that, period."

Vander Esch missed six games last season with various injuries, and he has missed 13 total games over the last two years. If the Cowboys exercise his option, his contract will be extended through the 2022 season. If they don't, he'll be slated to hit free agency next spring.

Parsons may not affect that a decision, but it's still a decision the Cowboys will have to make in the coming days.