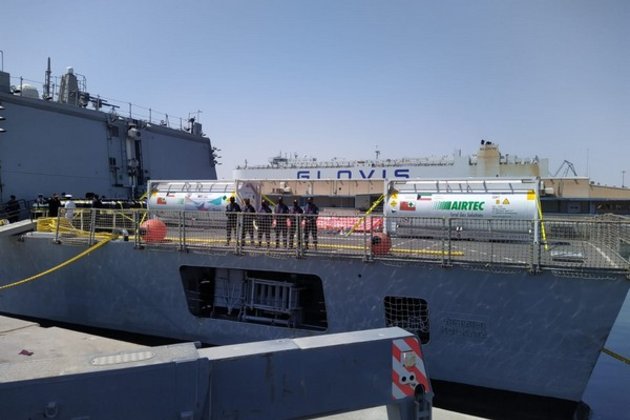 In a subsequent tweet, India in Kuwait wrote, "Second medical consignment of the day departing from Kuwait with the vessel MV Capt Kattelmann carrying 75 MT of Liquid Oxygen and 1000 cylinders of Oxygen Gas provided by the friendly State of Kuwait to India as part of collective efforts to fight COVID-19 IndiaKuwaitFriendship."Earlier, a shipment of 282 oxygen cylinders, 60 oxygen concentrators, ventilators and other medical supplies from Kuwaiti reached India.

Arindam Bagchi, official spokesperson, the Ministry of External Affairs expressed gratitude to Kuwait for this gesture and said it would deepen ties of friendship between the two countries. (ANI)