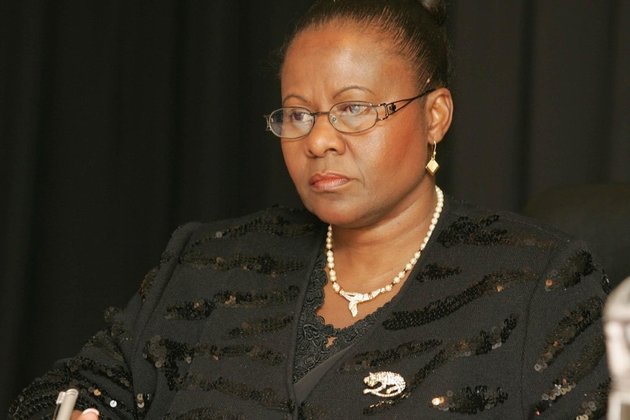 Khampepe's appointment is effective on 1 May, the Office of the Chief Justice said in a statement emailed on Wednesday. She's the first woman to occupy the position.

Mogoeng's leave of absence comes five months before his term presiding over the highest court in the land comes to an end in October. Appointed by former president Jacob Zuma in 2011, Mogoeng has courted controversy in recent months with comments over Israel and advocating for people to denounce Covid-19 vaccines.

His departure follows his appeal in April against the Judicial Conduct Committee's finding of misconduct and ordered him to apologise, after he criticised South Africa's foreign policy over Israel. South Africa has a standing policy in support of Palestine and has downgraded its diplomatic operations in Israel as a result.

A graduate of Harvard University, the 64-year-old Khampepe has been a judge at the Constitutional Court since 2009. She's previously served on the Truth and Reconciliation Commission that investigated crimes committed during the apartheid era.

Mogoeng's deputy, Raymond Zondo, couldn't take on the role as he is away from the Constitutional Court presiding over the Judicial Commission of Inquiry into State Capture, investigating allegations of undue influence on government and state entities during Zuma's rule.

In response to Zuma's refusal to appear before the probe, Zondo has asked the Constitutional Court to jail the former president for two years.