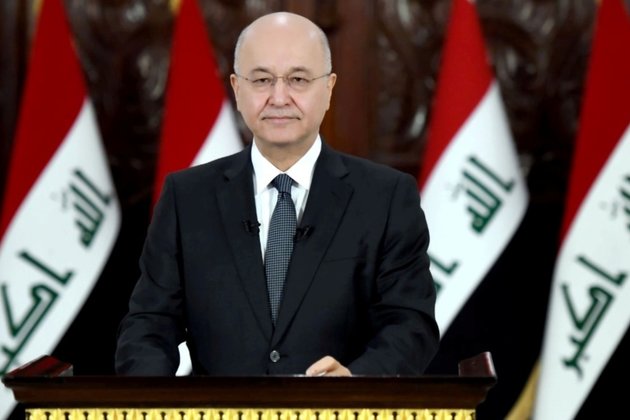 Iraqi President Barham Salih says his country has hosted multiple rounds of talks between Saudi and Iranian officials, confirming reports of diplomacy to defuse tensions between the Middle Eastern rivals.

Talks were held 'more than once,' Salih told an online discussion by the Beirut Institute think tank on May 5.

He added the discussions were 'important and significant,' but provided no further details.

The confirmation of the talks from Salih, a Kurdish politician known to have friendly ties with both the United States and Iran, comes after Saudi and Iranian officials had recently softened their language and said they were prepared for reconciliation.

Analysts say Saudi Arabia appears to be shifting its regional policies in response to the change of administration in Washington, which has brought renewed criticism of the kingdom's human rights record and regional policies.

But President Joe Biden is seeking to revive the international nuclear deal with Iran abandoned by his predecessor, and has signaled impatience with the Saudi-led war in Yemen against Iran-aligned Huthi rebels.

Baghdad has also sought to avoid becoming a battleground between Iran and the United States, especially after the killing of Iranian General Qasem Soleimani in a U.S. air strike in Baghdad in January 2020 brought the region close to war.

Based on reporting by dpa and Reuters